Do you work in or around confined spaces? Confined spaces – such as manholes, crawl spaces, and tanks – are not designed for continuous occupancy and are difficult to exit in the event of an emergency. People working in confined spaces face life-threatening hazards including toxic substances, electrocutions, explosions, and/or asphyxiation.

OSHA has a new confined space rule that is exclusive to construction (29 CFR Part 1926 – Subpart AA). The standard sets forth requirements for practices and procedures to protect employees engaged in construction activities at a worksite with one or more confined spaces. Our course ensures construction workers stay compliant with the new rule.

Newly Updated – The Confined Space Entry Training for Construction course has been updated for the new Subpart AA of 29 CFR 1926. This update improves the construction workers from being involved in accidents or injuries that are related to confined space hazards.

Intended Audience
This training is intended for workers and professionals needing the necessary training in compliance with Subpart AA of 29 CFR 1926 and performing duties in confined spaces in the construction industry including:

If for the general industry, the training is intended for workers and professionals in the following industries:

Learning Objectives
The overall objective of this training is to protect those entering or working around a confined space. Through this course, the student will be instructed on the physical, chemical, and biological principles related to safe working with confined spaces and will be able to:

Subject Matter Expert
Curtis Chambers, MS, is a Certified Safety Professional (CSP) with Masters of Science degree in Occupational Safety & Heath. He started a career in safety and health in 1985 and held positions in private industry, public agencies, and consulting for 20+ years. He is also an OSHA-authorized Outreach Trainer for Construction & General Industry Courses.

Course Completion Certificate
Upon successful completion of the course, you may be able to print the corresponding training certificate on demand.

Confined Space Regulation 1926 Update
OSHA issued a final rule for confined space in construction, increasing protections for construction workers in confined spaces, which went into effect on August 3, 2015. Confined spaces include manholes, crawl spaces, tanks and other spaces not intended for long-term occupation. Employers had until October 2, 2015 to fully comply.

OSHA uses the term “permit-required confined space” (permit space) to describe a confined space that has one or more of the following characteristics: contains or has the potential to contain a hazardous atmosphere; contains a material that has the potential to engulf an entrant; has walls that converge inward or floors that slope downward and taper into a smaller area which could trap or asphyxiate an entrant; or contains any other recognized safety or health hazard, such as unguarded machinery, exposed live wires, or heat stress.

Construction workers and professionals who work in or around confined spaces are constantly exposed to life-threatening hazards. To further protect the workforce against evolving risks, the Occupational Safety and Health Administration (OSHA) issued a confined space standard that is specifically designed for construction work. 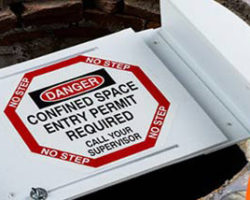 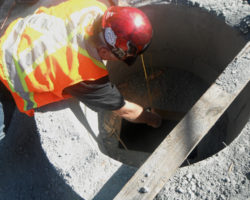 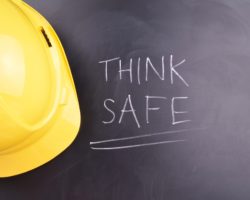 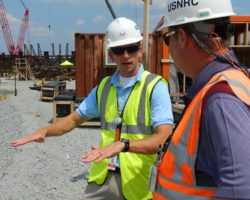 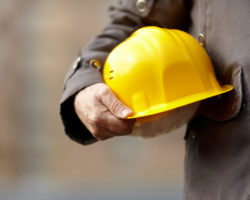 OSHA Training Group Discounts
Get up to a 40% group discount! Enroll and train all your food safety employees with a group enrollment. Track progress, generate reports, and manage learners using a cloud-based platform. More Info